The Right-Wing Populist Discourse in European Cross-Border Areas. A comparison between Switzerland and Luxembourg (CROSS-POP)

The goal of this research project is to focus on the right-wing populist discourse (RPD) in European cross-border regions. RPD has increasingly interested scholars in political science and political communication, but mainly at the state-national scale. A limited number of studies on discourse produced by right-wing populist actors in the borderland regions of Europe have been published. As one of the tenets of right-wing populist parties is state re-bordering, we consider that RPD and its mass-mediated representation at this spatial scale deserves specific research attention. The project will be structured around the three following research questions: 1) Is there a RPD which is specific to European border regions characterized by cross-border economic interdependence? 2) Is there a convergence of RPD at the scale of European cross-border regions? 3) Do the mass media located in Europe borderlands promote right-wing populism? Trying to fill the gap in the above-mentioned issues and questions, this project follows a comparative approach focusing on four different case studies where successful right-wing populist parties have arisen in the last two decades. Three of them directly involve Switzerland and its neighbouring French and Italian regions: the areas centred on Geneva, Basel and Ticino. For each borderland area, we will take into consideration discourses produced by right-wing populist parties and mass media during the main electoral campaigns in the last decade, a period characterized by an exponential growth in cross-border commuter flows. We expect the RPD is to some extent specific of the borderland areas, convergent across borders and promoted by regional media. The project will contribute to a better understanding of the current rise of right-wing populism in Europe with a special focus on integrated crossborder areas where different state-contained and localized populist parties coexist and potentially link up with one another with the support of the local media. Moreover, the research project integrates a PhD student and two post-doc researchers and therefore contributes to the career advancement of young academics. Since populism in borderland regions is of political relevance for the future of the cooperation between Switzerland and the European Union, the proposed research project also seeks to achieve the wide diffusion of its findings, and to reach out not only to the scientific community, but also to the general public. The research team will be assisted by a Steering Committee that includes a renowned academics whose expertise is complementary.

Researching MediaSpace in a European cross-border region: The meaning of places and the function of borders.
LAMOUR Christian.
Communications. The European Journal of Communication Research, 2019.
project leader 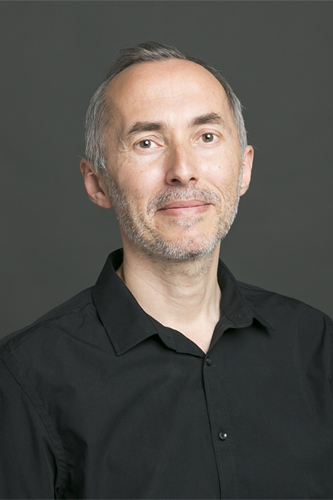