The Luxembourg Stock Exchange (LuxSE) welcomed the Luxembourg Institute of Socio-Economic Research (LISER) to its offices on Wednesday, 17 October, for an informative exchange on gender stereotypes. Through LISER’s innovative project “ Play the GG” (Gender Game) , the giant interactive board game allows science and society to interact and break down gender stereotypes.

The activity was part of LuxSE’s initiative She@LuxSE. The key goal of She@LuxSE is to promote a gender sensitive workplace, to ensure inclusiveness and equal opportunities for all.

This coincides with the purpose of the Gender Game, which is twofold: raise awareness about gender inequalities and raise curiosity for scientific methods. To improve gender equality, awareness must be promoted so that stereotypes fade and more democratic patterns of behavior are built. While awareness is essential, it is equally important to provide the tools to question, understand, explain, interpret, analyze, measure, demonstrate and have a constructive discussion.

GG participants reflect on gender differences in society by relating questions to their own experiences and sharing them with colleagues.  In order to deconstruct the gender stereotypes, awareness is raised of the existence and effects of these stereotypes on relations between women and men in society and especially in the workplace.

More about the “Play the GG”:

Stemming from its own research, and thanks to funding from the Luxembourg National Research Fund (FNR), LISER has created a giant board game from scratch intended for the general public: the GG! GG means Gender Game, but also a good game – to signify a fun and fair game. The game board is divided into squares covering 4 areas where gender inequalities remain: areas of power, knowledge, work, and society. Players choose a figure - roll the dice – pick a card – answer a question about gender stereotypes – does their answer match scientific findings?  The first team to get 4 questions correct wins. 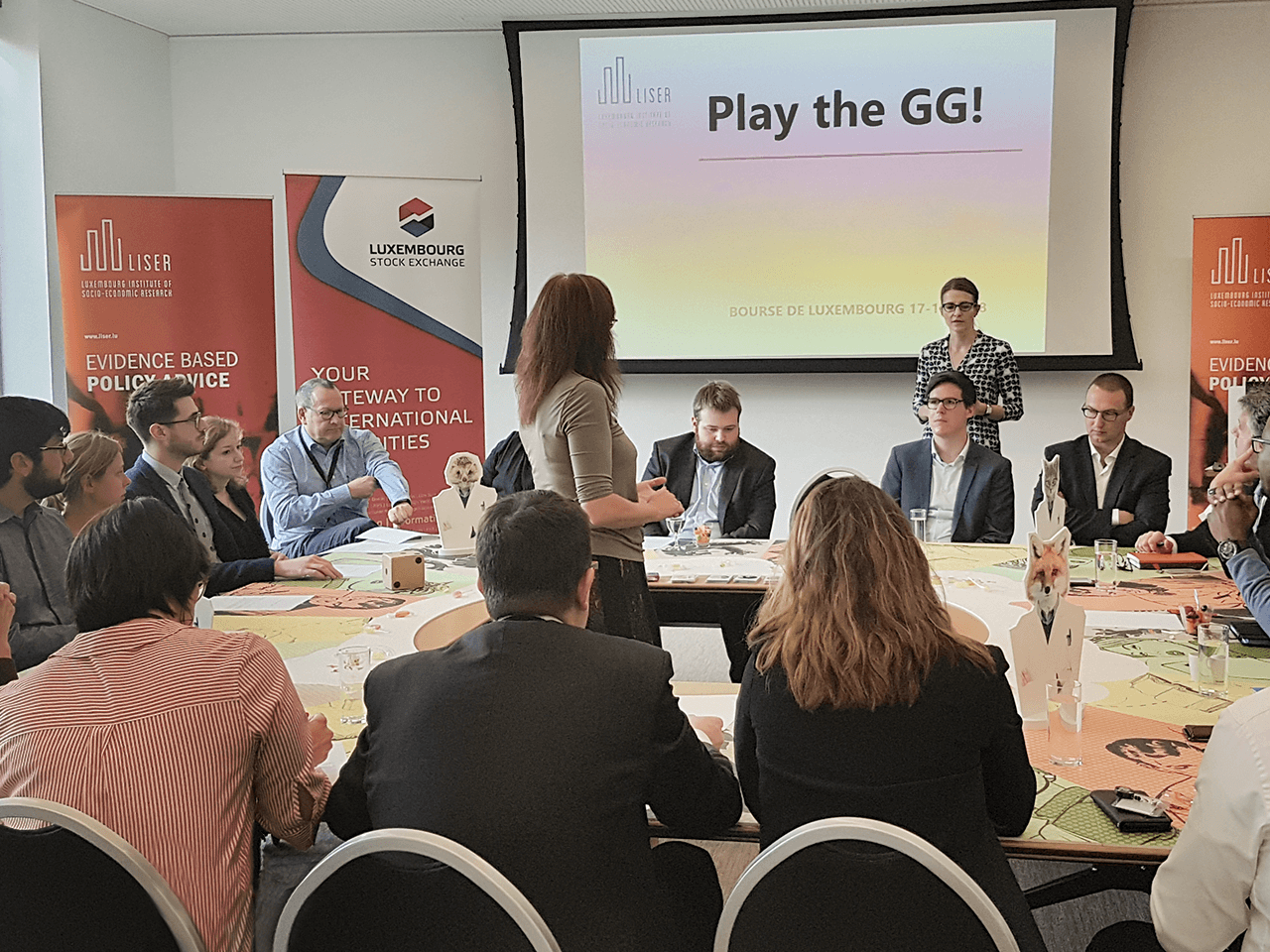 LISER’s GG game was recently awarded funding for a PSP (Promoting Science to the Public) project.  The project entitled “The GG goes ‘round! De GG geet ronderëm!” will take a youth friendly version of the game directly to children ‘maisons relais’ and youth houses throughout the country.

Learn more about the project the GG goes 'round (French).