Cross-border movements generate important challenges for all countries and regions

The cross-departmental Research Programme on 'Crossing Borders' seeks to coordinate, develop and contribute to the cross-border research works carried out within and across any of the three departments of LISER. Research on Crossing Borders is of major importance for European countries in general, and for the Luxembourg society in particular.

With the free movement of individuals within the EU, political instability and global inequality, more and more people have been crossing borders in recent decades, either as refugees, regular migrants or as daily transnational commuters. These cross-border movements generate important challenges for all countries and regions, and has particularly strong implications for their labour market, public finances, social cohesion and for regional governance around border areas. In this context, it is important to have tools to monitor, analyse and improve the understanding of causes and consequences of these flows – a prerequisite for relevant advice to policy-makers. 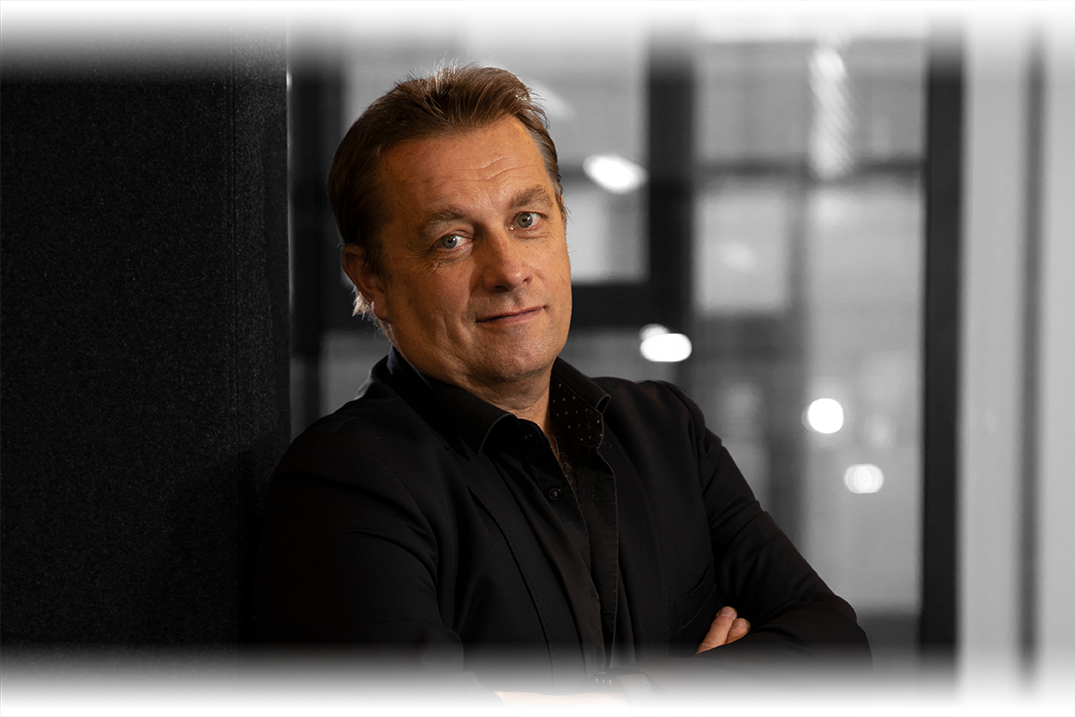 This Research Programme has specific objectives:

Crossing Borders’ ambition is to make LISER one of the world’s leading institutions for producing high-quality research and informing decisions on cross-border mobility issues. According to the RePEc rankings, LISER is ranked among the World Top 10 institutions in the field of Economics of Human Migration. CB has increased its international visibility by co-organising a new twin-webinar series as well as important international conferences on the Economics of Migration. At the national level, the Research Programme is coordinating a new Doctoral Training Unit on the “Analysis of Cross-Border Human Mobility” in partnership with economists and geographers from the University of Luxembourg and STATEC. Constant efforts are being made to maintain and improve Crossing Borders’ position, to reinforce the interdisciplinary nature of its research activities, and to maximise their impact on society. LISER must become a place to visit for renowned migration scholars, a major forum for scientific exchanges and for the dissemination of the state-of-the-art knowledge as well as an essential partner in the national and European public decision-making process.

Some migrants are successful, some are not. At the time of arrival in the host country, they do not know how they will enjoy the new culture, learn the language, whether they will make friends, perform on the labour market… At this time where the future is yet to be determined, how do migrants think that they will integrate, and how long do they think they will stay in the host country? Do they realise that these plans may actually constrain their options in the future?

When they arrive in the host country, some migrants may overestimate their prospects on the host country’s labour market. Since they thought they would succeed, they initially planned to stay for a long time, and spend effort to integrate with little success. This may lead some of them to be forced to return to their home country prematurely, whilst they have not accumulated enough savings to make the migration experience worthwhile.

Some migrants instead have skills

Read also Analysis of cross-border human mobility that are highly attractive for the host country, and may perform better than they had initially expected. Even though they thought that they would not stay for a long time, they realise that they enjoy their migration experience and settle in the host country. Beyond negative stereotypes

Read also Our vision , migrants contribute to the economy and to society

Read also Globalisation, Inequality and Populism across Europe , and some of them have become successful entrepreneurs, businessmen, scientists, sportsmen, artists, actors...

Large-scale immigration has been recently taking place in the EU and other regions of the world. At the heart of public and academic debates is the following question: is migration a threat or an opportunity for host countries? Beyond the economic costs and benefits of immigration, the integration of immigrants into host countries’ social life have important impacts on the host country’s social cohesion.

This aspect raises a second question, which pertains to how long migrants intend to stay in the host country. Migrants’ intention to stay depends on their aspirations, their perception of the host country’s norms, culture and labour market. Also, migrants’ foreseen length of stay affect social integration efforts. Empirical evidence shows that intentions to stay are vastly inaccurate, and are revised throughout the migration spell. The study of what drives these intentions, why they are revised, and how they impact migrants, is at the core of this project.

There are many factors explaining why the foreseen length of stay is inaccurate (being too optimistic about labour market prospects, being too pessimistic about enjoying life in the host country, unexpected events like divorce, or events which constrain return plans like children…). In some cases, these changes of plans do not have severe consequences, but in others, they do.

This project aims to improve our understanding of the process of migrant socio-cultural integration and to measure the impact of immigration policies regarding residency status on the incentives to integrate and the duration of migrants’ stay in the host country. We first provide a theoretical analysis to shed new light on this joint process and explain why the duration of stay is often misperceived and re-evaluated by migrants. We show that these misperceptions have important implications on their integration and investment decisions, which may in turn constrain their decision to return (or stay) later on, and lead to individually and socially suboptimal outcomes. We then assess the impact of some European policy changes - the EU-enlargement which provides formerly non-EU migrants with more rights within the EU - on their decision to integrate and stay.

Finally, we dig deeper into the concept of integration by distinguishing theoretically and empirically two types of social capital for migrants, namely local diasporas and contacts with natives. Based on this distinction, we assess the optimal integration patterns and duration of stay in a quantifiable general equilibrium framework. Policy recommendations derived from the project suggest that it is better for both migrants and host societies to improve the information available to aspiring migrants about their actual prospects in the host country, and to encourage migrants to start learning the host country’s language, norms, social policies and institutions before leaving their home country.

Globalisation, Inequality and Populism across Europe

The surge of populism in Europe is usually perceived as a rebellion of globalisation’s losers. The rise in Western European trade with Eastern European countries in the 1990s, as well as China’s entry in the WTO in 2001 are seen as inducing unfair competition with local workers; the same argument is used to describe the effects of low-skilled

Read also Fighting poverty: which objective and which policies?

Read also What is the EU-SILC survey conducted for? From which data is the at-risk-of-poverty rate calculated? What is the point of responding to surveys? on the labour market outcomes of competing low-skilled natives. Overall, globalisation has thus become a salient issue in the political discourses and public debates of European societies, as the Brexit referendum in the United Kingdom or the recent European elections have shown. The literature on globalisation, inequality and populism has grown rapidly in the last few years. Yet, many grey areas remain.

Firstly, very little evidence exists on the local conditions that cause natives’ either hostile or positive reactions to trade and immigration. Secondly, little is known about the specific determinants of left-wing and right-wing populist responses to globalisation. Thirdly, almost nothing is known about the reverse impact of populism on the political platform of traditional parties as well as on the size and structure of trade and immigration. We may fear that the rise of populism influences protectionism and the negative selection of migrants, thereby reinforcing cleavages and inducing vicious circles.

Combining theoretical and empirical analyses, EUFIRST aims to shed light on the bi-directional relationships between globalisation and populism, to anticipate the future, and to identify appropriate policy responses. The objectives is to gain understanding of (i) the conditions that cause natives’ hostile or positive reactions to trade and immigration; (ii) the specific determinants of left-wing and right-wing responses; (iii) the political competition induced by the entry or by the rise of populist parties; and (iv) the reverse impact of populism on the size and structure of trade and immigration.

If globalisation affects populism, and populism affects trade/migration patterns, this may result in the creation of vicious circles/multiple equilibria. It is important to explore theoretically and empirically under what conditions the dynamics will lead to populist traps or else to the long run elimination of populism. We aim to theoretically explore the dynamic implications of these interdependencies, confront our theory with the data, and elaborate political prospects.

Funded by the PRIDE programme of the National research Fund (FNR), this DTU gathers three partners – LISER, the Department of Economics and Finance of the University of Luxembourg and STATEC Research Division – joining forces to create a team of excellence on cross-border mobility

Read also European integration, local hiring subsidies and childbirth events: A Causal Analysis on Cross-Border Workers in Europe scholars will interact together with data providers, and new generations of PhD students who can benefit from synergies between institutions. The team leaders are Chiara Peroni (STATEC), Michel Beine (Unilu) and Frédéric Docquier (LISER). The research programme will be conducted over a period of six years (starting in October 2020) and involves 12 PhD positions.

Cross-border human mobility is a multifaceted phenomenon whose intensity has been increasing for over half a century. With the free movement of people within the EU, decreasing transportation and communication costs, global inequality and political instability around the world, more and more individuals have been crossing borders in recent decades, either as permanent or temporary migrants

Read also Migrant socioeconomic integration and duration of stay in the host country. Do migrants’ intentions to stay in the host country affect their integration, and why does it matter for social cohesion and economic performance? , as daily transnational commuters, or as refugees. These cross-border movements generate important challenges for EU countries in general, and for Luxembourg in particular. In Luxembourg, foreigners account for about 50% of the total population and daily commuters nearly double the size of the resident labour force. In this context, this DTU aims to develop new tools to monitor, analyse and improve the understanding of the causes and consequences of these flows – a prerequisite for relevant advice to policy-makers.

ACROSS aims to improve knowledge on the determinants of the size and structure of cross-border labour movements, on their economic implications, on their social and institutional effects (social cohesion, attitudes and political preferences, labour market institutions, etc.), and on living conditions (income level and distribution, environment, family life, etc.). Another feature of our research agenda is that we will analyse mobility issues at various spatial scales (World, Europe, Luxembourg and the Greater Region). As far as the drivers of human mobility are concerned, we are still lacking a unified theory that explains historical trends in the size and spatial structure of the flows, that formalises the interplay between internal and international migrations or between commuting and residential mobility, and that predicts the effects of various policy instruments on the magnitude and structure of human mobility. As for its consequences, rising mobility induces strong implications for the labour market, public finances, social cohesion, political preferences, aggregate and skill-biased technical changes in the host countries; it also raises regional governance issues around border areas. Relying on accumulated experience, this is the ideal time for our three partners to join forces and to substantially extend the knowledge base in order to improve the understanding of human mobility, and to inform evidence-based governance of future cross-border movements.