Research in the Labour Market department focuses on the impact of public policies on employment and the relations between employers and employees in the context characterised by high cross border mobility and growing digital transformations. The dissemination of the research contributes to design impactful public policies and to enlighten society.

In 2019, the department launched a strategic initiative to investigate the “Future of Work” with an emphasis on the dynamics of skills in the labour markets. Of particular interest are the changes in skills demand and supply due to both digital transformations and migration flows. Both factors represent important forces shaping simultaneously the demand and the supply of labour. Digitalisation, such as improved sophisticated automation, and Artificial Intelligence increasingly built into objects (“internet of things”), have a direct effect on the labour market with a rising demand for new skills and a drop in demand for skills that will become obsolete.

Migration and labour market skills exhibit a two-way relationship: Migration as an exogenous factor influences the availability of skills, while labour markets themselves exert powerful pull forces on migration flows, supplying labour in response to market requirements for specific skill profiles. Thus, future equilibria in labour markets will be characterised by significant changes in required skills determined largely by technology and migration. 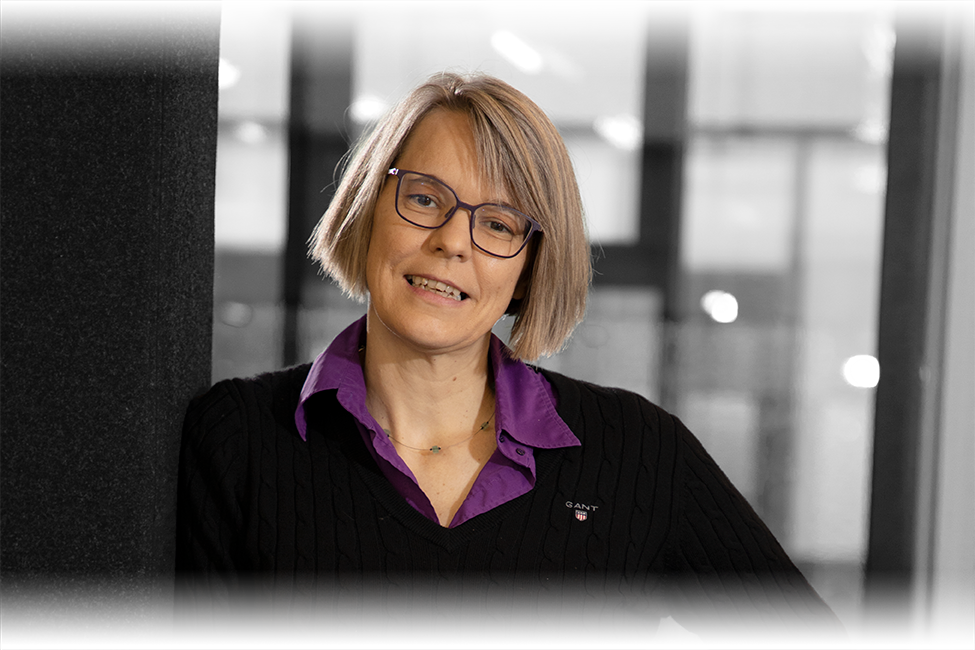 The department will pursue multidisciplinary research (statistical, economic, political science, law and sociological) and support policy-makers to define public policies that mediate the potential negative influences of technological changes and migration flows. The view is to strengthen the ability of society to generate a labour supply that effectively match demand in terms of specific skill sets, and to reduce structural and frictional misalignments in demand and supply of skills sets.

How can we enable girls and boys to grow up in an egalitarian society, free from gender stereotypes

Read also How Families Spend Their Time Has Changes Over Time

Read also Gender norms and intra-household division of labour ? And why not become an engineer, electrician or researcher?

Over the past year, The Luxembourg Institute of Socio-Economic Research (LISER) brought its giant board game, the GG (Gender Game), to about 40 “maisons relais” and “maisons des jeunes” throughout Luxembourg. LISER had obtained the support of the FNR (Luxembourg National Research Fund) through the PSP (Promoting Science to the Public) Classic project “The GG goes ‘round! De GG geet ronderëm!”. The first objective of the GG is to deconstruct gender stereotypes with children and young people through exchanges. The game works in question-and-answer mode and relies on interactions: players roll the dice, move their game pieces to one of the areas where gender stereotypes persist and are asked to answer questions. The answers come from research and studies, with many carried out at LISER, and this leads to the second objective which is to promote science

Read also Societal impact . Indeed, the scientific results displayed on a large screen are an opportunity to provide various explanations on the work of researchers, on the interpretation of a result or graph, or on questions from a young audience who is generally very interested.

The fact that LISER moved the GG to “maisons relais” and “maisons des jeunes” allowed researchers to reach a wider audience than the ones who attend events dedicated to the promotion of science, who tend to be more well-informed,. More than 500 children and young people (including the supervising staff, who are to be thanked for their precious help!) took part in the GG in 2019 and enjoyed it greatly according to the feedback received.

Seizing the opportunity of the GG interacting with hundreds of children and young people, an exploratory research project was carried out in parallel with the PSP project. The LISER-funded "GG Experiment" project aims to measure the impact of the GG and test the perception of gender stereotypes among a young segment of the population. For this purpose, a questionnaire designed with a «before-after» approach, adapted to measure the immediate impact of the activity, was administered to the participants of the GG. The results of the analysis of the data thus collected will be disseminated in the form of articles intended for a wide public and constitute a quality exploratory material for setting up a research project.

In this context, researchers from LISER and the Luxembourg Institute of Science & Technology (LIST) who have a common interest in gender stereotypes have become closer in recent months. Together they are considering the submission of a research project combining the methodology of participatory experimentation of the GG and the gamification of the GG through technological improvements that the LIST can provide. With these ambitious goals, LISER has now registered a trademark for the GG.

Since its foundation, the European Union has been committed to reducing any restrictions on the movement of people in Europe. As the EU furthers its integration

Read also Luxembourg’s skills mismatch: one out of two employees concerned becomes more relevant in the geographical mobility of European citizens and today about 2 million individuals work in a country different from the one of residence. Cross-border workforce represents an important component of the economy of several EU border regions, which also generates important challenges for their labour market and social cohesion. This is especially true in Luxembourg, where cross-border workers represent 46% of the national workforce.

Research on Crossing Borders is a transversal priority for the three research departments of LISER. The objective of the transversal unit is to study the drivers of cross-border flows, understand its economic and societal consequences, and provide policy recommendations. The CORE-funded research project CrossEUwork fits this research priority and aims at estimating the causal effect of several factors such as the European integration, the presence of hiring subsidies for local jobs and childbirth events on labour market outcomes of individuals living in the border regions of Europe.

WP1 focuses on two cornerstones of the European integration, the Schengen Agreement and the Freedom of Movement. By exploiting their staggered implementation, we identify their effect on the employment integration of individuals living in the cross-border regions of Eastern Europe and the regional cluster around Switzerland. We rely on the harmonised European Labour Force Survey and modify a state-of-the-art estimator, the matrix completion, to use always-treated units as the control group. Our results show a positive effect on the probability of working beyond the border, especially in the Eastern European bloc.

Read also Our vision source of the Belgian Crossroads Bank for Social Security. WP2 analyses the effects of a large Belgian hiring subsidy scheme targeted at low-educated young jobseekers in 2010-2011: the Win-Win plan. By exploiting age-eligibility rules, we implement a regression discontinuity estimator in a before and after setting and find positive employment effect in the shorter-run, for high-school dropouts, and in the longer run, for high-school graduates only. The employment effect is however, null for individuals living near the Luxembourgish border.

Finally, WP3 estimates the causal link between childbirth and geographical mobility. Following recent literature, we implement an event study and an instrumental variable estimator, which exploits the sibling gender mix of the parents. Our evidence shows a persisting negative effect on labour market integration of women but not on men. The effect is stronger for the first birth and builds up with successive births. We observe a reduction in residential mobility of the household and a higher incidence of local employment for women living in Belgian municipalities close to Luxembourg.

Luxembourg’s skills mismatch: one out of two employees concerned

Read also Analysis of cross-border human mobility that are in line with employers’ needs is essential to ensure a quick integration in the labour market and retain a firm foothold in it. However, due to rapid changes (globalisation, the introduction of new technology, etc.) and frictions within the labour market, many workers are in jobs where there is a mismatch between their skills and the position’s requirements. Governments and international organisations

Read also International recognition have recently understood the scale of the phenomenon. In July 2020, the European Commission launched a new strategy to give workers the right skills. In Luxembourg, the government developed a Skills Strategy as part of the coalition agreement for the 2018-2023 period. This strategy should help to create a better match between workers’ skills and the needs of the labour market. As part of the LISER skills research programme, Dr Laetitia Hauret and David Marguerit looked at the issue of the skills mismatch.

In Luxembourg, in 2015, nearly one out of two resident workers said that their skills did not match their job. The mismatch arises primarily from employees being overskilled and able to perform more complex tasks. Nevertheless, since 2005 this category has decreased, while the share of underskilled employees has grown. While the drop in the number of workers who feel they are over-skilled attests to a better allocation of resources in the labour market, the simultaneous increase in the number of workers who feel they are under-skilled is concerning, as it demonstrates skills mismatch from the bottom up. In the past, workers could cope with an increase in the skills required for their role, which is more difficult today. This phenomenon needs serious consideration, as the labour market is moving towards fast-changing professions that require workers to quickly develop their skills.

Measures have already been introduced to reduce this skill mismatch (personal training leave, Future Skills Initiative, Digital skills bridge, Fit4Commerce, Fit 4 Financial Markets, etc.). Nevertheless, Luxembourg should strengthen its public policies in this area, as it is likely that the number of people who are underskilled with respect to their jobs will continue to rise in the coming years.

In this context, it is important to identify the skills sought by employers, in order to shape both formal and non-formal educational provision and guide people appropriately in terms of training and education. LISER has introduced a research programme intended to further this objective. The programme is based on a rich and unique database

Read also What is the EU-SILC survey conducted for? From which data is the at-risk-of-poverty rate calculated? What is the point of responding to surveys? , comprising thousands of online job offers published both in Luxembourg and in neighbouring countries.