Preference for Redistribution, Equality and Fairness in Europe and in the Greater Region: Micro-Evidence from surveys (PREFERME)

The rise of income and wealth inequality documented in most developed countries over the last decade (Piketty 2014) urges a better understanding of the origin of social support to redistribution policies. Governments use different instruments to mitigate inequalities. Government revenues, which can be collected through taxes on income displaying progressivity features (supported by tax credits for the low income earners and property and inheritance taxes affecting the wealth stock) are redistributed through monetary transfers as well as through in-kind transfers. These might grant universal access to services (such as education and health insurance schemes) or are targeted to groups of the population temporary in need (such as anti-poverty programs or unemployment benefit and activation programs).

The focus of this project is on individual attitudes towards government intervention as captured by their preferences for redistribution, henceforth PR. The voting system lies in-between PR, an individualistic expression of support for redistribution, and the actual redistribution policies carried over in a country. Individuals do not generally agree on the extent of redistribution, let aside the typology of redistribution. In the absence of consensus, voting systems have been put in place as a mean to legitimate government action on the ground of consensus of the majority. Hence, the way in which public intervention is carried over in most developed countries only represents a viable option for a group of the population. The quickly changing economic environment, however, put forward the need to understand not only the responses to inequalities that electors manifest at the polling station, but, more importantly, the fundamental motivations underlying preferences for government intervention and redistribution in the population. The need of acknowledging the drivers of preferences for redistribution is even more pressing in the European Union framework, where growing and diverging inequalities among member States (see GINI) and the increasing issues related to migration (see MIGRATION) and the use of welfare state (see ALESSIO PROJECT) are corroding the Union’s legitimacy.

The objective of PREFERME project is to bring new evidence on the implications of exposure to different types of inequalities on PR of Europeans citizens. We will focus in particular on inequalities in market income (which we claim to be associated with insurance and other-regarding motives), on unfair inequalities, i.e. inequalities that cannot be associated to individual responsibility (which we associate to other-regarding motives) as well as inequality in wealth (which have aspects related to self-regarding and insurance motives). The project adopt an empirically sound strategy to uncover effects of inequalities on PR, and we will test hypotheses about possible drivers of preferences for redistribution.

To do so, the project will rely on large, cross-national representative surveys of PR and income covering most of the European countries. We will also exploit a unique dataset for Luxembourg and the Greater Region where information on PR is associated with measures of household welfare. In these datasets, PR are elicited by questions such as “the government should take measures to reduce differences in income levels”. The answers are overarching measures of PR which are non-trivially related to the inequalities listed above. Although our empirical choice should guarantee representativeness of the findings, we might incur the cost of identification pitfalls: one needs to reproduce exogenous changes in inequalities to assess their effects on PR. In what follows, we will settle our testing hypothesis and we will provide for each of them a reliable identification strategy, which partially builds on the literature and partially bring innovative insights. 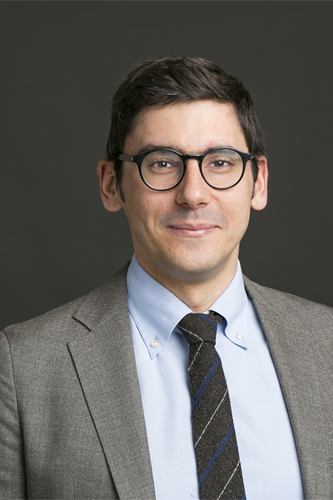