The European Social Policy Network (ESPN), which is funded by the European Commission and managed jointly by LISER, Applica and the European Social Observatory, has just published a Synthesis Report describing the main features of health systems in terms of access to healthcare in 35 European countries.

The Synthesis Report  as well as the 35 Country Reports on which it is based can be downloaded from the Commission website.

In summary, the report:

Despite a general trend towards improved access, inequalities persist in many European countries. Key challenges identified in the report include:

See also the infographic summarising some of the key results of the Synthesis Report. 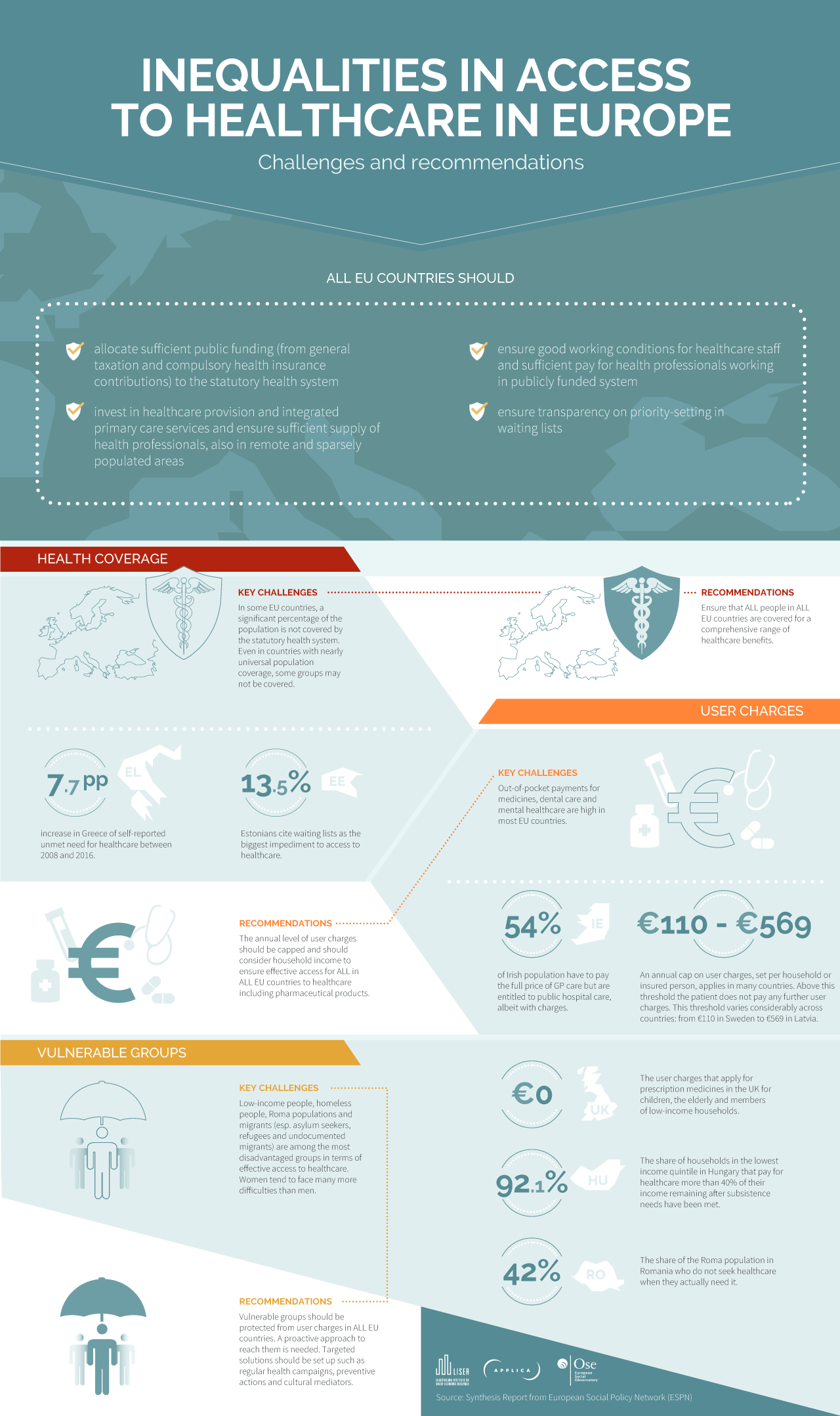