Regional Studies in the Grand Duchy benefits from its politically unique cross-border setting, with its capital being a magnet for a huge influx of daily commuters

14 January 2019 –  The Regional Studies Association (RSA) has annouced the appointment of LISER Researcher Sabine Dörry to represent the association in Luxembourg.  The international organisation is focused on theoretical development, empirical analysis and policy debate of issues at the sub-national scale, incorporating both the urban and rural and different conceptions of space such as city-regions and interstitial spaces.  As Ambassador, Sabine will be responsible for extending the RSA activities in Luxembourg and building new partnerships with colleagues in the neighbouring countries.

Having benefitted greatly myself in several ways from the RSA and its broad range of actions, events and funding opportunities, I would like to pass on some of those benefits and prospects for gaining valuable experiences to others in Luxembourg and to the RSA community itself. ... As a core aim of my coming term, I will strive to engage especially with Luxembourg’s future generation of scholars and policy makers.  - Sabine Dörry

Overview of regional studies in Luxembourg

Regional Studies in the small Grand Duchy of Luxembourg benefits from a great functional need of its politically unique cross-border setting, with its capital being a magnet for a huge influx of daily commuters from its neighbours Belgium, France and Germany, and from the country’s distinct geo-political situation at the heart of the EU, correspondingly hosting a number of EU institutions. The latter encompass, for example, the Court of Justice, the Court of Auditors, Eurostat, the European Investment Bank, and the European Investment Fund, but also the General Secretariat of the European Parliament and funded programmes like the European Territorial Observatory Network (ESPON). 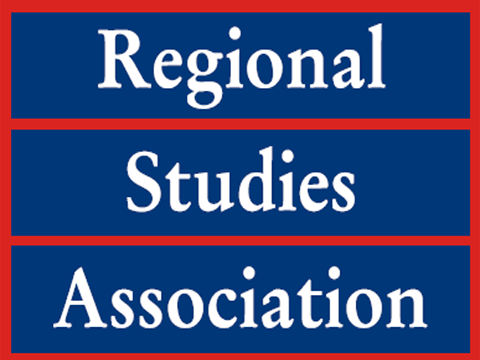 Regional Studies are of considerable importance in Luxembourg. The University of Luxembourg offers master’s degree programmes in Geography and Spatial Planning, in Border Studies, and in Architecture with a focus on European and Global Urbanization. It also offers executive teaching programmes for practitioners in planning and policymaking, as well as a Doctoral School. LISER’s profile is strongly influenced by its long-standing expertise in applied and commissioned research, mainly from policy-makers in Luxembourg’s Ministry of Sustainable Development and Infrastructure and the Ministry of Housing. All these groups form a diverse and rich community of Regional Studies in Luxembourg.

Sabine is a Senior Research Fellow at the Luxembourg Institute of Socio-Economic Research (LISER) and an Adjunct Associate Professor at the University of Luxembourg.  Sabine graduated from the Dresden University of Technology (Germany) and completed her doctorate (Economic Geography) at the Goethe-University Frankfurt am Main (Germany). Her reserch focusses on developing alternative ways of analysing the global financial system, particularly the relational nature of complex local production systems of finance in the world's leading financial centres. Related to this, Sabine is interested in how these financial centres create economic resilience in the face of market discontinuities and political ruptures, and how shifts toward 'green finance' and technological immersion affect financial activities and institutions..