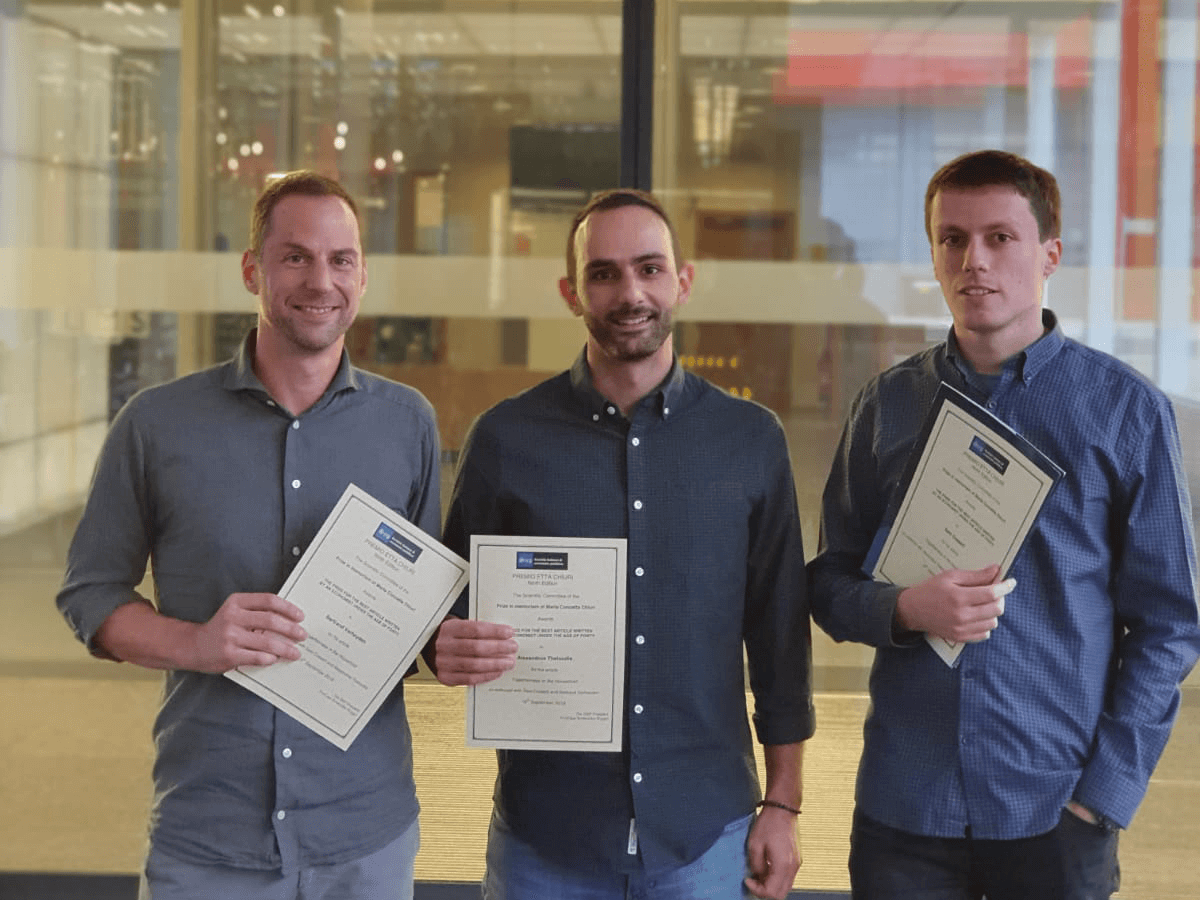 LISER researchers Sam Cosaert, Alexandros Theloudis and Bertrand Verheyden paper 'Togetherness in the Household' received the 2019 prize in memory of Maria Concetta Chiuri by Società Italiana di Economia Pubblica (SIEP). The prize, which amounts to €2.500, is given to authors under the age of forty for an outstanding unpublished paper.

Named after the late Professor Maria Concetta Chiuri who passed away prematurely in 2009, her research interests covered a variety of topics related to important policy issues, such as household decision-making process, housing market imperfections, illegal migration.

The motivation for this decision is as follows:

The Cosaert-Theloudis-Verheyden paper presents a sophisticated and innovative extension of the classical collective model to allow for togetherness between spouses. Togetherness is modelized in the form of both joint leisure and joint care for children. A nonparametric analysis is provided which allows to distinguish, on the one hand, between private and joint time use and, on the other hand, between childcare and leisure. Using a survey of Dutch households, the value of togetherness to households is estimated.
The Committee in charge of awarding the 2019 Etta Chiuri Prize has unanimously decided that the Cosaert-Theloudis-Verheyden paper highly deserves the prize in consideration of: (a) the high quality both of the theoretical model and of the empirical analysis; (b) the belonging of the theme to two of the main fields of research of Etta Chiuri, i.e. household and labour economics.

Spending time together with a partner is a major source of gain from marriage. However, most models of household time use typically abstract from togetherness; as a result, we know very little about how households value togetherness, what benefits and costs it accrues, or how it interacts with other time uses. Addressing these points is precisely the main goal in ’Togetherness in the Household’.

We study how couples with children allocate their time across paid work, leisure, and childcare. A distinguishing feature is our focus on togetherness: we divide the time each spouse spends on leisure and childcare to private (time spent alone) and joint (time spent together). In doing so, we admit that togetherness naturally requires spouses to synchronize their schedules so as to be physically together at the same time. This has benefits (for example, companionship, improved parenthood) but also costs: foregone specialisation, because the spouses specialise less if they prefer doing things together, and foregone flexibility in the labor market, because the spouses give up part of their liberty to determine the timing of their market work as they align their schedule with that of their partner.

Using a survey of Dutch households, we find that parents spend on average between 3.6 and 11.1 hours per week on joint childcare, representing up to 84% of the total childcare of one parent. Households are willing to pay €1.5 per hour -12.5% of the average wage- to convert private leisure to joint leisure, and €2.5 per hour to convert private childcare to joint childcare. Our results suggest that togetherness is an important component of household time use despite it being relatively overlooked in the economics literature.