Examining the preferences for redistribution in Europe 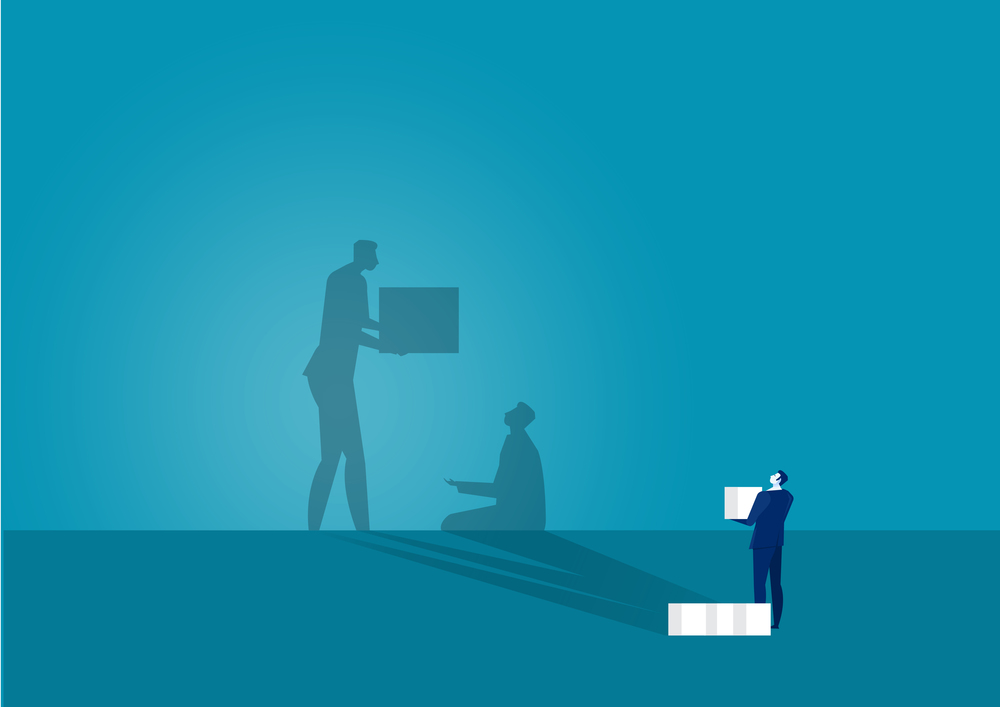 In modern democracies, political parties and policymakers hold different views about many dimensions, including the level of economic redistribution and the extent of generosity of the welfare state a country may implement. Citizens also have their own preferences concerning redistribution, with some people favouring government intervention to tackle inequalities, and other opposing this view. Citizens express these preferences by voting for the political platform and candidates best fit to translate these preferences in policies affecting, for instance, the extent of redistribution achieved through taxes and transfers. What are then the motives behind individual preferences for redistribution? Individuals form their attitudes towards income redistribution on the basis of multiple factors, such as beliefs on distributive justice, self-interest, inequality levels, demand for insurance against income shocks or for fairness reasons, as well as their ability to benefit from the extent of generosity of the welfare state. The rise in income inequality that we have witnessed in the last decade, and the striking economic effects of the COVID-19 pandemics, has put governments under pressure to implement redistributive measures that increase the generosity of the welfare state. These measures include shifting the burden of taxation and distribution of benefits across individuals, with some individuals gaining and other losing out of this change. This aspect rises concerns about the extent at which these changes affect the political support for policy measures intended to combat inequality.

In a recently published article on the European Journal of Political Economy, Francesco Andreoli (University of Verona and LISER) and Javier Olivera (LISER), investigate empirically if increasing the generosity of the tax-benefit system has an impact on preferences for redistribution, as measured by the extent of support to government intervention to limit inequalities. Income-based motives alone would suggest that, within a given society, rising generosity of redistribution increases support to redistribution among those who are in perspective enjoying benefits, whereas it reduces support for all those that are net contributors to the system. The combined effect may be ambiguous, as long as it depends on the size of redistribution and the extent of inequality in the country.

The paper provides evidence that attitudes towards redistribution in Europe are associated with the extent of generosity of the redistributive context experienced by the individual. The study does so quantitatively, using representative samples of European citizens which are inquired about their support towards redistribution as well as their income, the taxes they pay and the cash benefits accruing to them.

Estimation of the effects employs a novel two-sample strategy, which consists in pairing individual data of preferences for redistribution drawn from the European Social Survey (ESS) with individual-level predictions of exposure to tax-benefit schemes drawn from the EU Survey of Income and Living Conditions (EU-SILC). This survey is the main statistical tool from Eurostat used to quantify and compare standard of living across Europe. This produces a database of about 150,000 individuals surveyed between 2008 and 2017 in 29 European countries with consistent information about redistributive preferences, taxes and benefits. Figure 1 below show the distribution of benefits net of taxes paid, revealing that about half of the European population this sample represent does gain out of redistribution.

The main result is that rising the extent of exposure to positive net benefits, a measure of generosity, increases the probability that the respondents support redistribution by 1.4% to 3% on baseline models.

This study argues that generosity of the welfare system should be accounted for in the analysis of preferences for redistribution, and it shows how do it. The results also highlight the importance of looking at taxes and benefits altogether in evaluating the effects of the welfare state expansion. It is worth stressing that this study only considers in-cash benefits, whereas a large share of transfers are given universally in-kind in modern welfare states. In such cases, only specific groups of the population benefit from such transfers (households with children benefit from free public education, chronically sick people from public health insurance). Modelling and estimating the implications of in-kind transfers on support for redistribution is a pending task for future research.

Figure 1: Distribution of benefits and taxes in ESS and EU-SILC 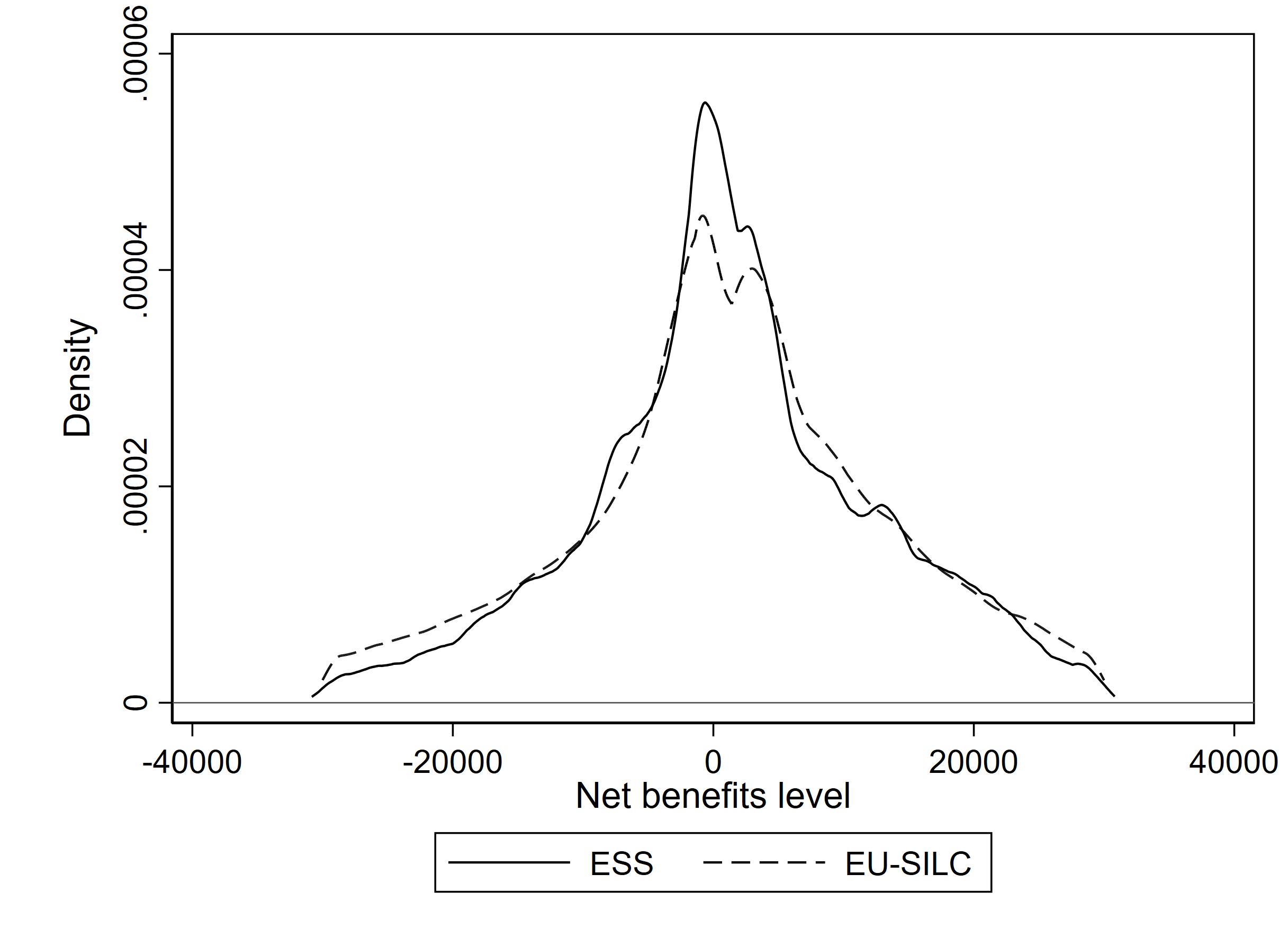