Dr. Christina Gathmann has recently taken up her position as Director of the LISER’s Labour Market Department.

In order to get to know Dr. Gathmann better, LISER has conducted an interview with her.

Dr. Gathmann, may you tell us more about your background and expertise or simply about you?
I am a very curious person with a sense for adventure and exploring the unknown. As an undergraduate, I was fascinated by the many diverse topics and subjects university offered. I took classes in philosophy, psychology, political science, sociology and languages in addition to my training in economics. I ended up finishing two diplomas, one in economics and one in sociology and political science. While I chose economics as my career, my broad training has helped me a lot in interdisciplinary work environments, in talking to policy-makers and in developing novel research questions. My sense of adventure has taken me to many different places in the world. I have lived in Canada and the United States for more than a decade to obtain my Ph.D. and beyond working with inspiring economists like Jim Heckman, Gary Becker or Steve Levitt. In my free time, I love to visit new places, go hiking, running or cycling and practice yoga.

You have been hired as LISER’s Head of the Labour Market Department. How can your expertise be an asset for the Department and for LISER as a whole?
One asset is my large international network in Europe and North America. My close ties to German and other European research institutions to establish and expand international collaborations using a comparative perspective. A second goal of mine is to advance our data infrastructure by getting access to high-quality administrative data from European countries. Access to rich labour market data is key not only for internationally visible research; but also important for sound evidence-based policy advice. In the last decade, I have further been involved in many high-level discussions with policy makers, most importantly as a member of the Academic Advisory Boards of the Federal Ministry of the Economy and Energy (BMWi) and the Federal Employment Agency (BA). Finally, I was part of the team preparing the proposal to secure the status of “Excellence University” for Heidelberg once again. The experience in coordination, management and strategic planning will be very valuable in bringing the Labour Market department and LISER to reach its potential as a leading research institute in Europe.

As the labour market in Luxembourg is rather atypical, is it a source of inspiration for you for developing new research projects?
Definitely. The Grand Region is a dream come true for a labor economist like me. Having a highly mobile labour market spanning different regulatory regimes offers an amazing “realworld” laboratory to study questions related to mobility, the effects of social and labour market policies or regional policy. In many ways, the Grand Region is and can serve a role model for the future integration of Europe. One of my goals will be to link administrative data from the involved countries to tackle new questions and improve our evidence-based policy advice. Another topic is the diffusion of digital technologies in the economy. Smaller economies are typically faster in adopting such technologies. Hence, I expect the diffusion of AI in the economy and society to be much faster in Luxembourg than in Germany or France, for instance. The experience of Luxembourg can thus serve again as a role model what to expect from the digital revolution.

Dr. Gathmann, you have just taken over the direction of the Labour Market Department, whose the main mission is to produce research that is both excellent and impactful, and more specifically, to analyse the effects of public policies and societal changes on employment and on the workplace.  Two researchers from your department, Laetitia HAURET & David MARGUERIT, have conducted a study on the skills mismatch on the labour market in Luxembourg. From this study, they produced a report and a Policy Brief.

After having read the Policy Brief, may you please share with us your external view on this particularity detected within the Luxembourg labor market?
Skill mismatch is a recurrent theme in labor market policy driven by the legitimate concern that the workforce might not have adequate skills demanded by firms. As the economy and technology are constantly evolving, skills and competencies need to adapt to changing labor demand. From a social policy point of view, an additional issue is that individuals with outdated skills could lose their job and remain unemployed long-term.

Providing empirically sound answers to these valid concerns is challenging. Ideally, one would want to have detailed data on the tasks and skills required by firms and match those to equally detailed information on the skills and competencies in the workforce. Those data are difficult to come by though recent development with big data are very promising. In the meantime, researchers have used other sources of information to shed light on these questions.

The policy brief mentioned points out that the reported “skill mismatch” is high in all countries considered – ranging from 40% to 46%. So, what do these numbers mean? A first observation is that the mismatch is self-declared and hence, to some extent subjective. The numbers come from a survey question whether a respondent thinks she has the adequate skills for their current job. A person could feel inadequate in her current job because she feels overqualified – and in fact, more than half of the respondents who report inadequate skills believe they have more skills than required by the job they do. 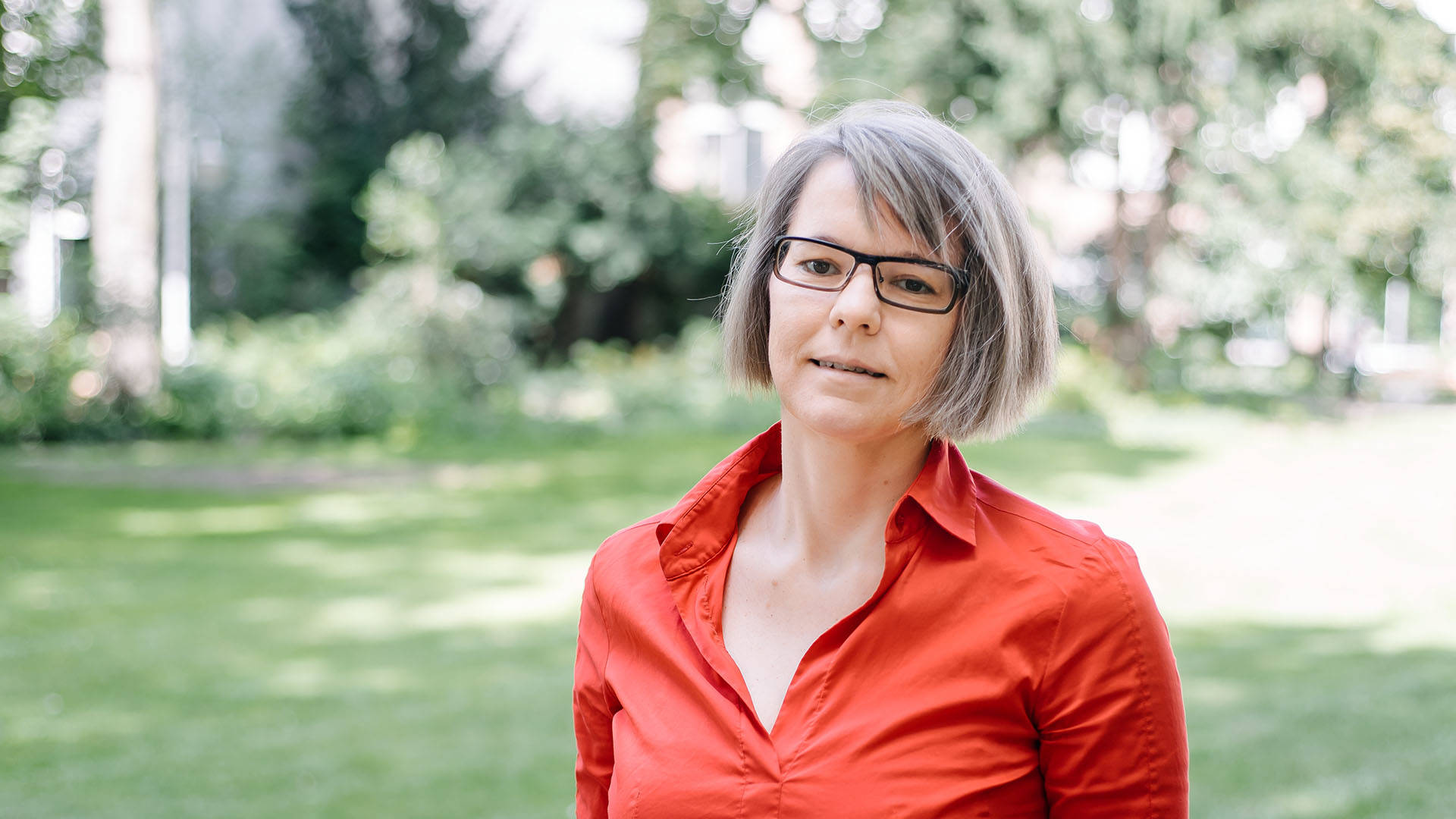 A person might also have accepted a job that she considers a transitory step in her career. Many labor market entrants, trainees or people re-entering after spell of unemployment or non-employment might have jobs for which they feel overqualified. Given that individuals switch jobs, esp. when the economy is doing well, I would be less worried about these overqualified individuals.

That leaves the roughly 20% of people who report that they feel underqualified. Again, one can think of a number of reasons why individuals might feel underqualified. People who just entered the labor market, have been recently promoted or switched occupations and entered a new business field are more likely to feel that their skills are inadequate. Ideally, these issues will resolve as individuals accumulate experience or obtain informal or formal on-the-job training. Evidence from Germany suggests that the numbers drop substantially if one accounts for such circumstances.

In addition, some individuals close to retirement will experience that their skills are outdated or no longer needed because of advances in technology. Such a life-cycle of skills is to some extent normal and unavoidable.

Ultimately, the question is whether there is a case for government intervention. I would argue that the majority of cases do not require a policy intervention as they are due to transitory labor market frictions rather than persistent structural problems. In many other cases, firms and companies have an incentive to offer training to individuals who need to update or learn new skills. I think there are two major areas for policy actions: in the short-term, the skills of the unemployed or those in precarious jobs; and in the long-term, to ensure that the skills labor market entrants reflect the needs of an economy entering the digital era.

Christina Gathmann joined Heidelberg University as full Professor of Labor Economics and Political Economy at the Alfred-Weber-Institute for Economics in 2011. After having obtained her Ph.D. from the University of Chicago in 2004, she moved to Stanford University as a Postdoctoral Fellow and a National Fellow at the Hoover Institution. In 2009, she returned to Germany and was employed at the University of Mannheim. Since 2013 she is a member of the Scientific Council to the Federal Ministry of Economics and Energy in Berlin. She also serves on several other Scientific Advisory Boards like the Mercator Foundation or the Bremen Initiative for Early Childhood. She is a research fellow at the Center on the Demography and Economics of Health and Ageing (CDEHA) at Stanford, the CESifo in Munich, the Institute for the Study of Labor (IZA) in Bonn and the Center for European Economic Research (ZEW) in Mannheim.

Christina Gathmann belongs to the top 2% of all female economists worldwide and is among the top 4% of all economists in Europe (citation based ranking from RePEc). Her research focus is in the areas of labor economics, policy evaluation, migration, public economics and political economy.

The main mission of the department is to produce research that is both excellent and impactful, and more specifically, to analyse the effects of public policies and societal changes on employment and on the workplace.

The department’s key themes revolve around:

• The impact of public policies on employment in a context of high cross border mobility and;
• How current socioeconomic challenges (such as digital transformations, diversity and ageing of the workforce) in the workplace impact firms’ modes of organisation and performance, employees’ skills and behaviour, and labour relations. These issues are timely and relevant for Luxembourg as well as for the European Union.