A newly released documentary theatre 'Les Frontalières' (The Cross-Border Workers) was performed at four sold out shows in Luxembourg earlier this year. For over two years, LISER researcher Christophe Sohn collaborated with director Sophie Langevin to frame the project and identify socially and politically-relevant issues pertaining to the lives of cross-border women, conduct interviews in order to collect their testimonies, and finally put them in perspective.

The powerful documentary theatre piece is based on testimonials gathered from around thirty cross-border workers. These testimonials were then used by four actresses to give voice to French, Belgian, German and Luxembourg women who cross, day after day, the borders of the Grand Duchy.

The aim of this documentary theatre was to explore the intimate, social and political debates that are opened up by the scope of the phenomenon of cross-border work. It attempts to show what these women, who are often invisible in public debate, experience and what they bring to both sides of the border.

Currently, excerpts from the play are being broadcast as podcasts on RTL Play. Similar to the play, the accounts from testimonials of the cross-border workers are told in French, German or Luxembourgish. When listening, audiences will discover some of the little-known facets of these lives that are being built between territories and beyond borders. 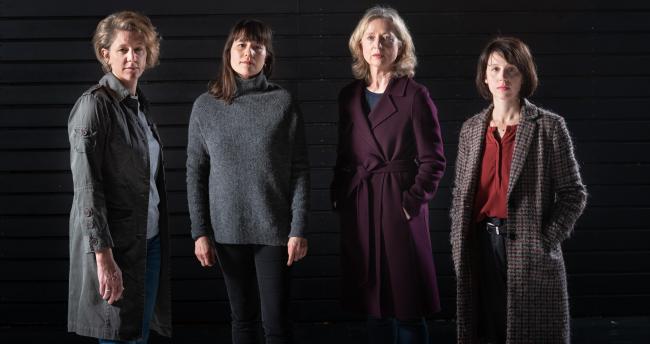 ‘Les Frontalières’ was produced by Escher Theatre in partnership with ASTI (Association de Soutien aux Travailleurs Immigrés) with the support of the Ville de Luxembourg and LISER. View all collaborators here.

Watch a Roundtable discussion from January 31st as part of the project. With the participation of border workers who participated in the project and again: - Sophie Langevin, Christophe Sohn and Laura Zuccoli