On June 8, the FNR announced the results of its 2021 Science Image Competition, which had 118 images submitted across the four categories by 40 different researchers and science communicators in Luxembourg.  The aim of the competition is to show the growing role of images in scientific research, to reveal how scientific work is conducted, to give a face to the researchers conducting it and to present various ways to engage the public with science.

The images of LISER’s Karolina Zieba-Kulawik (researcher analyst) and Konrad Skoczylas (data analyst), who are both working in the department of Urban Development and Mobility, were given distinction by an international jury.  The panel recognised them for their aesthetic quality, their aptitude to inspire and fascinate, to convey or to illustrate knowledge, to narrate a story and to engage the public to explore a new universe.

The images will be exhibited on large panels throughout Luxembourg summer. In Belval, 7- 21 June, at the Cloche D’Or Shopping Centre, 5 – 19 July, and at the place Auguste Laurent in Luxembourg City in September. Join us in congratulating Karolina and Konrad for earning distinction for the science outreach activities!

We invite you to discover the images below. 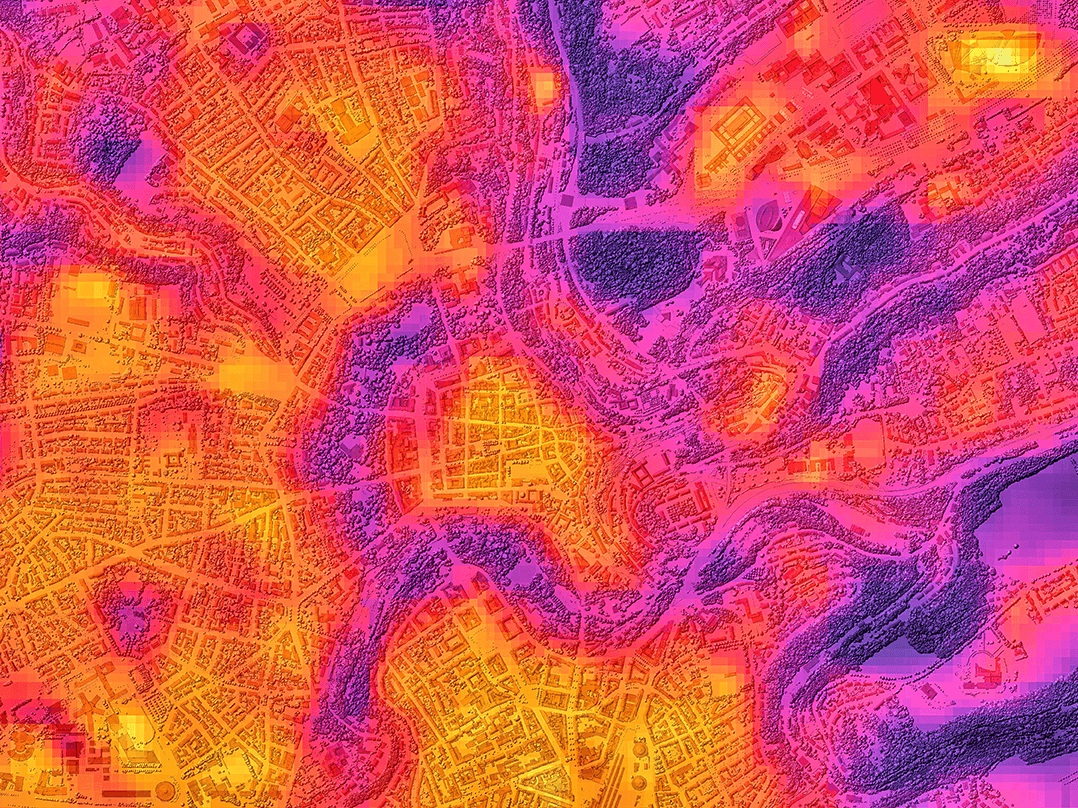 The image shows the generated Land Surface Temperature (LST) information for Luxembourg City based on satellite imagery during one of the warmer and cloudless days of the year. LST indicates how hot the ‘surface’ of the Earth would feel to the touch in a particular location. The temperatures in this picture range from 27°C (purple) to 45°C (yellow). The coolest areas in the city are the forests and valleys, such as the ‘Polvermillen’ or the ‘Pafendall’, whereas the urban zones are mostly hot spots. The map was made using data collected by Operational Land Imager and Thermal Infrared Sensor on the Landsat 8 satellite (NASA, USGS) and LiDAR point clouds (data.public.lu). Researcher Karolina Zieba-Kulawik in cooperation with Konrad Skoczylas from LISER uses them in research on the monitoring and impact of greenery on the urban environment using spatial indices.* 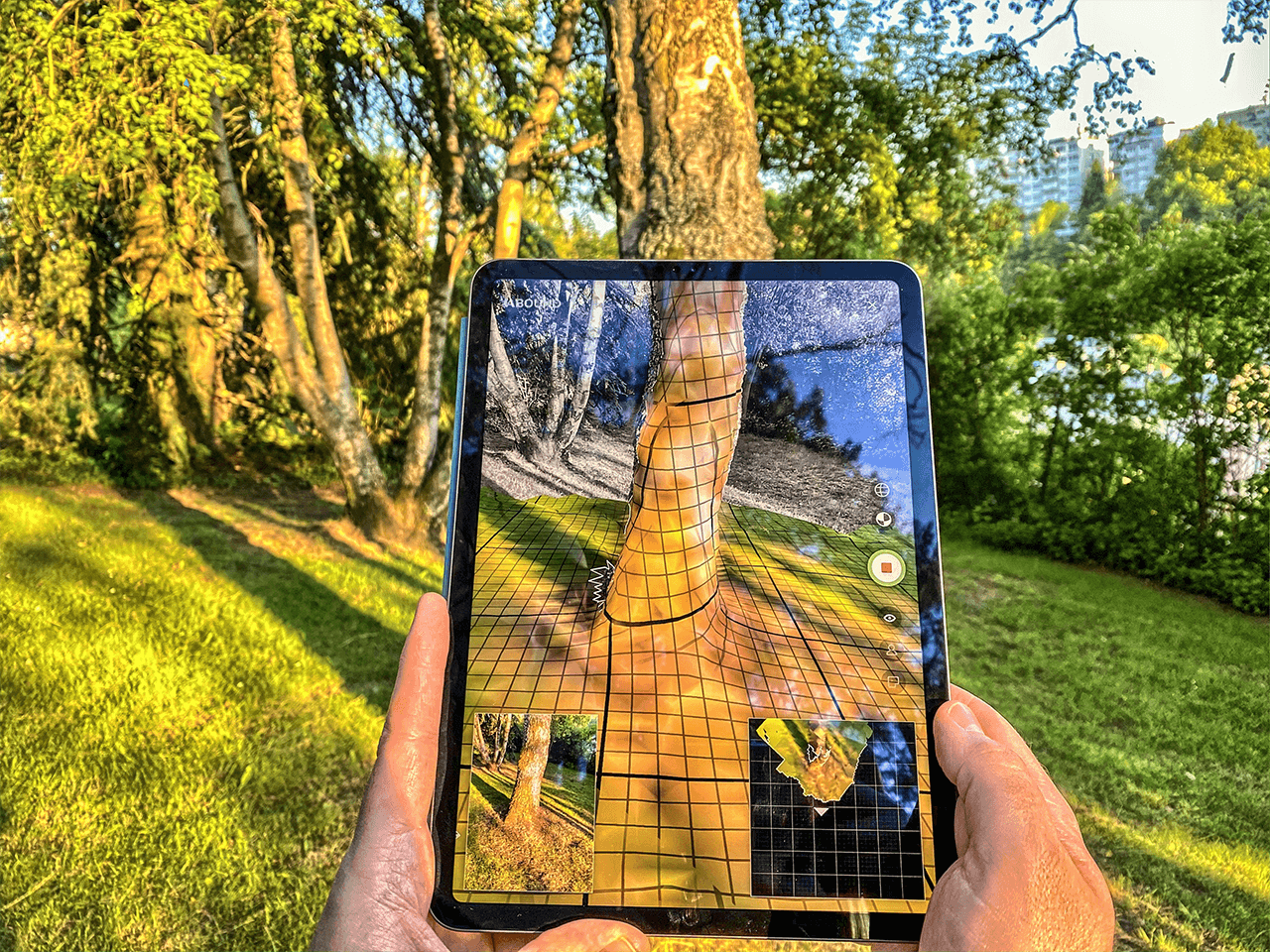 The research visualized in this photograph aimed to test how reliable a 3D-laser scanner application on a tablet could estimate the perimeter at breast height and the position of trees – two main variables collected during urban forest inventories. The application uses a LiDAR scanner integrated with the iPad Pro camera (also available in new iPhone). This sends out pulses of light and measures distance and depth, giving rise to a 3D scan that is visualised here as a grid on top of the image recorded live – augmented reality. Such new solutions could help to gather data for urban forest inventories in a more precise way. Karolina Zieba-Kulawik from LISER in cooperation with Piotr Wezyk from the Faculty of Forestry, University of Agriculture in Krakow and Rogerio Bobrowski from Midwestern State University in Brazil, tested them for the use of various LiDAR sensors to improve urban forest management.