A selection of core outcomes of the EU-funded MIGAPE project (MInd the GAp in PEnsions), with participation of LISER for Luxembourg, has been embedded in the joint Social Protection Committee (SPC) and European Commission (DG EMPL) 2021 Pension Adequacy Report recently endorsed by the EPSCO Council.

In the contribution from LISER researchers Philippe Liegeois and Vincent Vergnat to the 2021 Pension Adequacy Report, the researchers produced key findings on Luxembourg’s gender pension gap. Through the MIGAPE project, projections were produced of the gender pension gap for Belgium, Luxembourg, Slovenia and Portugal. Following current labour market trends and based on the Ageing Working Group (AWG) projections, the project shows that the gap will decline significantly.

The report notes: “A substantial part of the gender pension gap observed today derives from the fact that in most EU countries, currently retired women had shorter careers and lower pay, relative to men, than women who are active now and who will retire in the coming decades. The […] MIGAPE project […] aims to uncover the consequences of women’s labour market outcomes on their future pensions.”

Following the MIGAPE results, the AGE Platform Europe, the EU’s largest network of older persons’ organisations, presented research results to Members of the European Parliament on June 28th. Hosted by MEP Manuel Pizarro, AGE and MIGAPE wanted to showcase the findings of the research project and discuss its implications as well as avenues for further action on gender equality. 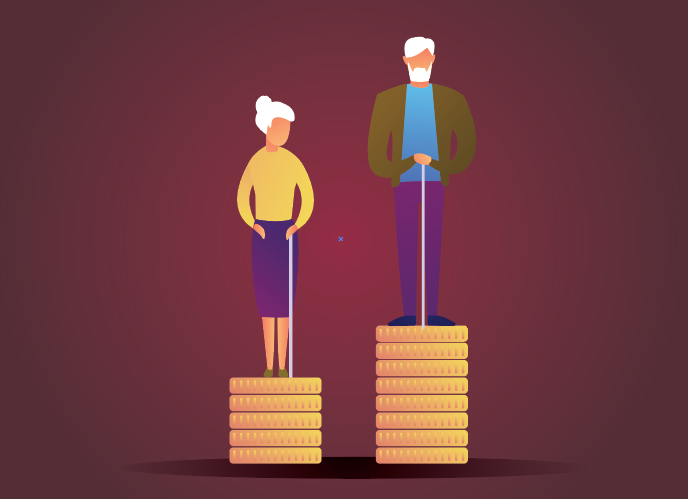 MIGAPE (2019-2021) is an international research project aiming at improving the understanding of the Gender Pension Gap. It adopts a multi-disciplinary approach using standard simulation of typical cases, dynamic microsimulation and social psychological research. Visit the MIGAPE project site to learn more. The purpose of this website is to disseminate the results of this research project to a wide audience.