The multi-faceted benefits of language-in-education policies in Catalonia

Luxembourg is a typical example of a multilingual country that deals with its cultural reality by cultivating the linguistic fluency of its citizens. In Luxembourg, a multilingual education programme for the youngest children (1-4 years) brings them into contact with Luxembourgish and French. The languages spoken in the family are not neglected. All children are encouraged to express themselves in their own language, an essential condition for their identity and language development. This also fosters curiosity and interest in the different cultures and languages spoken in their environment.

In parallel to the situation in Luxembourg, LISER Researcher Dr. Lorenzo Cappellari has co-authored a Policy Brief  “The multi-faceted benefits of language-in-education policies in Catalonia”. This Policy Brief #5 20211 from LISER’s Labour Market Department, summarises recent research carried out in the Spanish region of Catalonia and how language-in-education policies may have profound impacts on several aspects of life.

Catalonia is an asymmetric bilingual society where a global and a local language –Spanish and Catalan—coexist. A significant share of the population has Spanish origins and the presence of a global language guarantees that communication is not at stake. Since the early 1980s, Catalonia has reformed the curricula in compulsory schools, introducing Catalan as language of instruction alongside Spanish.

Prior to that, Spanish was the only official language, while Catalan was only spoken at home after having being banned during Franco’s dictatorship. Research shows that even if knowledge of Catalan was not necessary for communication, promoting it in schools exerted various beneficial effects. One example is the labour market, where researchers show that bilingual education is more rewarded than monolingual one. While one year of education received only in Spanish was worth on average a 6.5% wage increase, the wage premium for one year of additional education was around 8% if education was received in both languages. Among the possible explanations for this effect there is the increased quality of the educational system that was required for implementing the bilingual reform. 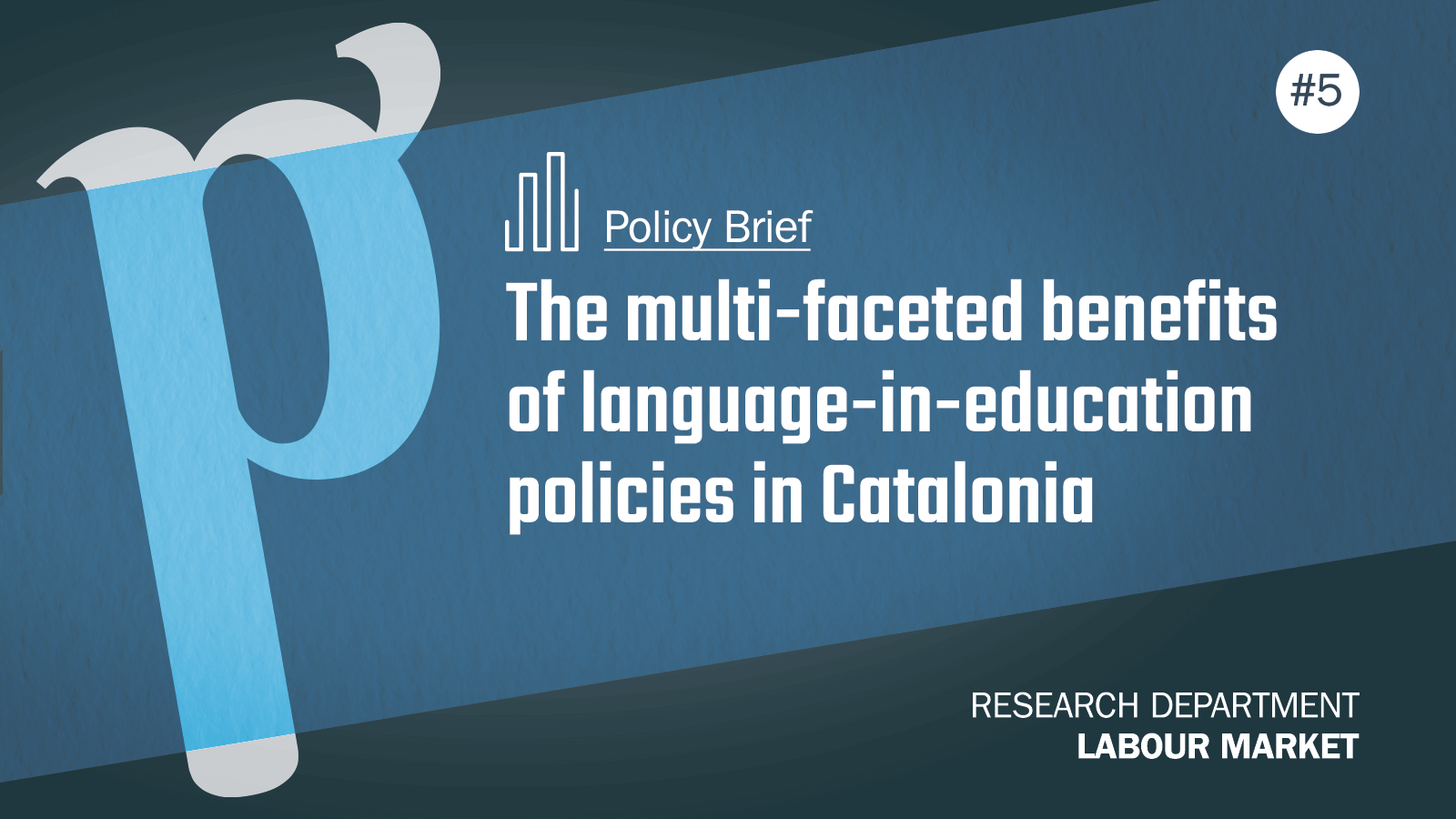 Parallels between Catalonia and Luxembourg

There are several institutional and cultural specificities to be taken into account when drawing parallels between the linguistic situation in Catalonia and Luxembourg. Still there may be lessons to be learned. In particular, while for the Luxembourgish full trilingualism is not an issue, knowledge of all three languages spoken in Luxembourg is more problematic for immigrants, who may be able to use French and or German in day to day activities, but whose proficiency in ‘Letzeburgesch’ will presumably be low. In a sense, these immigrants share the condition of Spanish originals in Catalonia who did not know the local language. The lesson that we can draw from the Catalan LNA is that promoting full trilingualism among these groups may benefit them both economically and socially.