New study on Racism and ethno-racial discrimination in Luxembourg

How widespread is racism and ethno-racial discrimination in Luxembourg? Which groups of people are mainly targeted? In which contexts and situations do residents perceive discriminatory acts and treatment? Where and how can action be taken to combat these issues?

A new joint report1 published on March 8th, 2022 aims to answer these questions and to better understand how racism and ethno-racial discrimination (on the basis of skin color, nationality, country of origin, surname, religion, etc.) are rooted in our daily lives. As data was needed to serve as a basis for the report, LISER conducted a national survey between June and August 2021 to collect the opinions of adult residents, aged 18 and above. In addition, a parallel qualitative survey was conducted by the Centre for Intercultural and Social Studies and Training (CEFIS) among experts and field actors.

Sponsored by the Ministry of Family, Integration and the Greater Region (MIFA), the study is the result of a fruitful collaboration between the MIFA’s Department of Integration, LISER and CEFIS.

“Conducting this survey from A to Z in less than 10 months has been a major challenge for our team. In addition to the authors, many LISER researchers made an essential contribution during the test phase of the questionnaire, its translation into five languages, and its online launch. Success is also linked to the high number of responses. We thank the 3,000 respondents who agreed to share their opinions with us. Thanks to these fruitful collaborations, the government now has all the elements in hand to carry out further investigations or targeted actions.”
- Frédéric Docquier

The LISER team was coordinated by Frédéric Docquier and Michel Tenikue and includes Jean-Yves Bienvenue, Maria Guadarrama Sanz, Aleksa Uljarevic. They will continue to further analyze the results and their determinants so stay tuned! 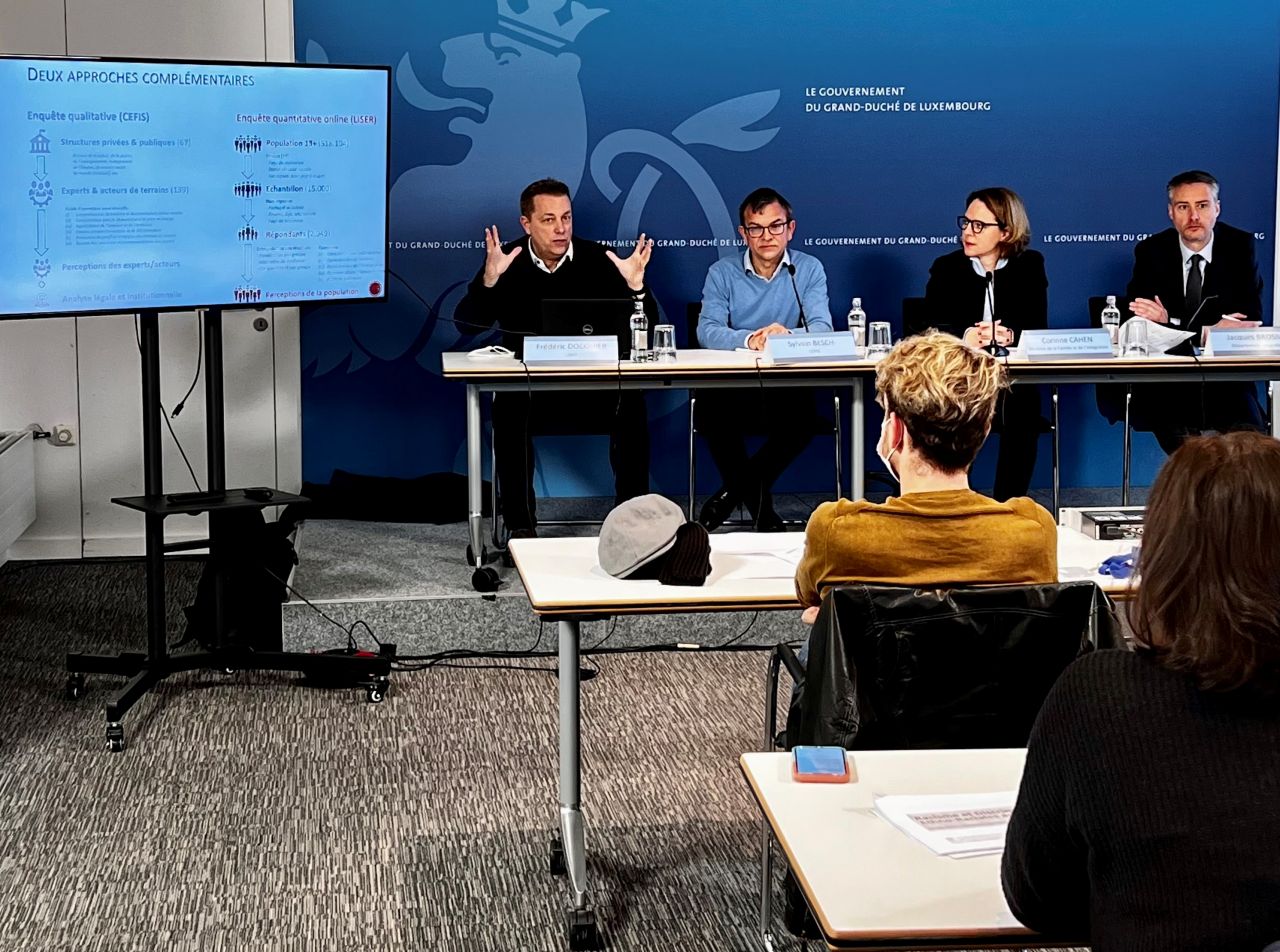 Discover articles in the press: